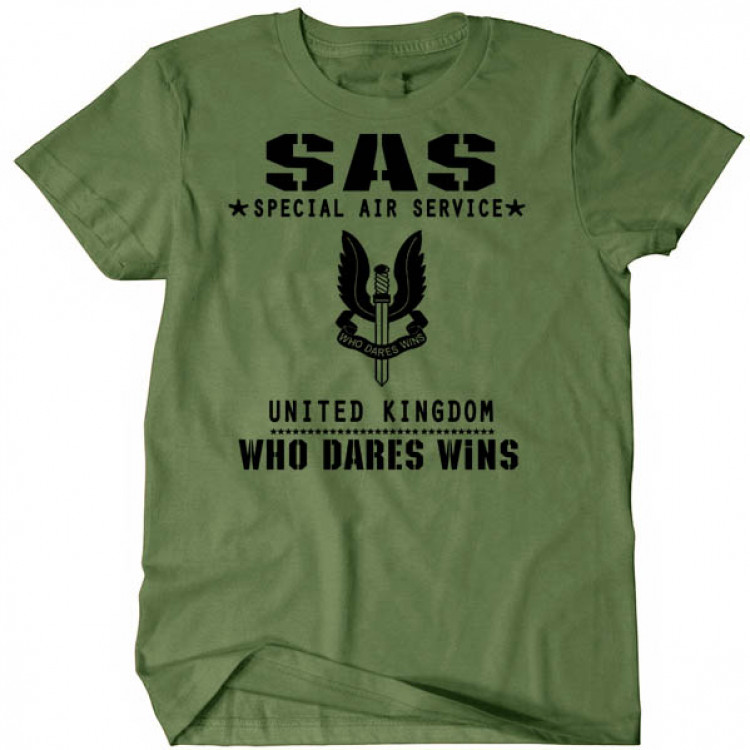 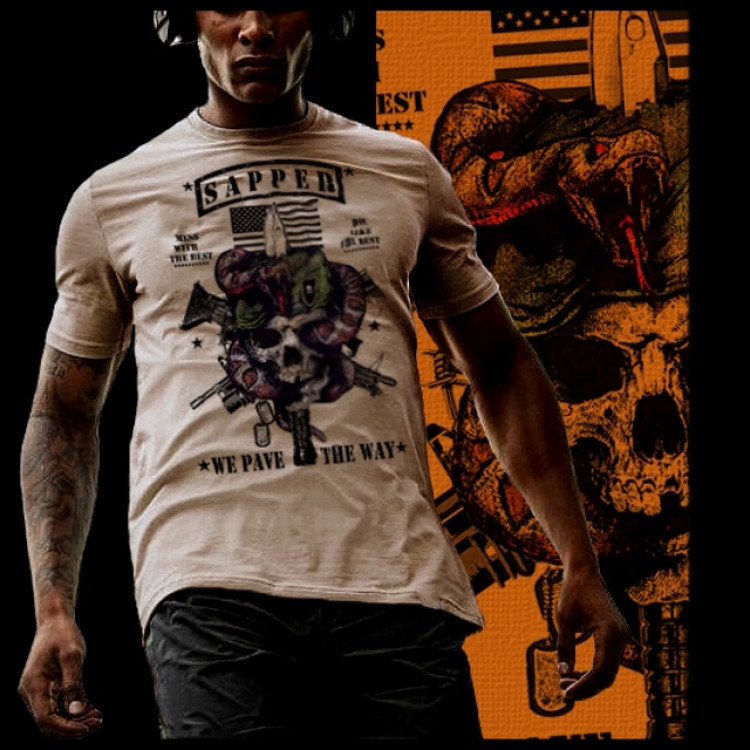 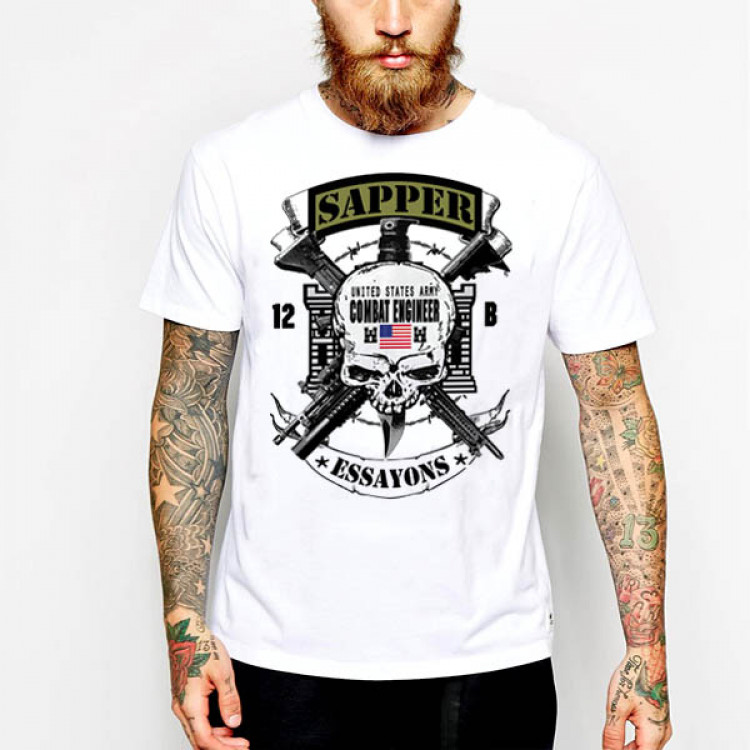 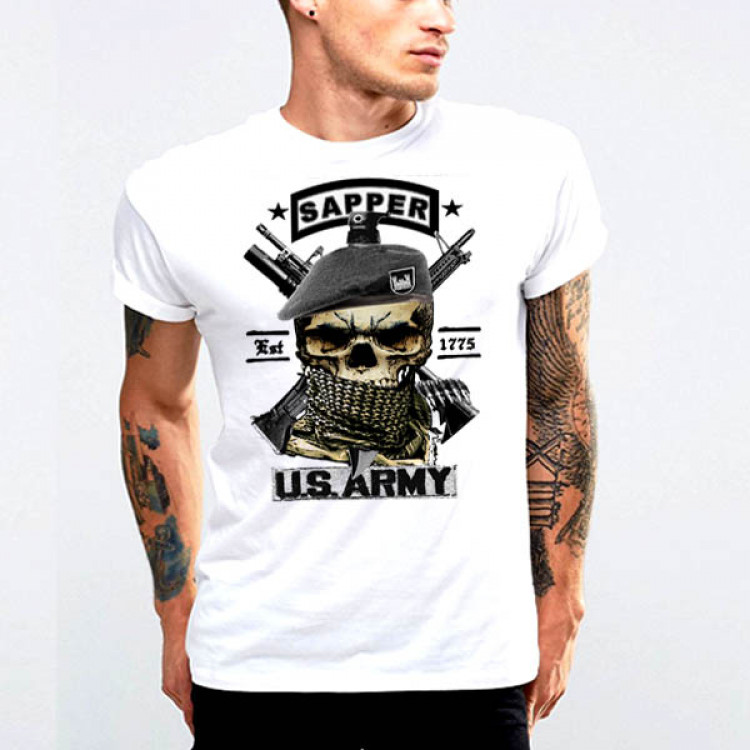 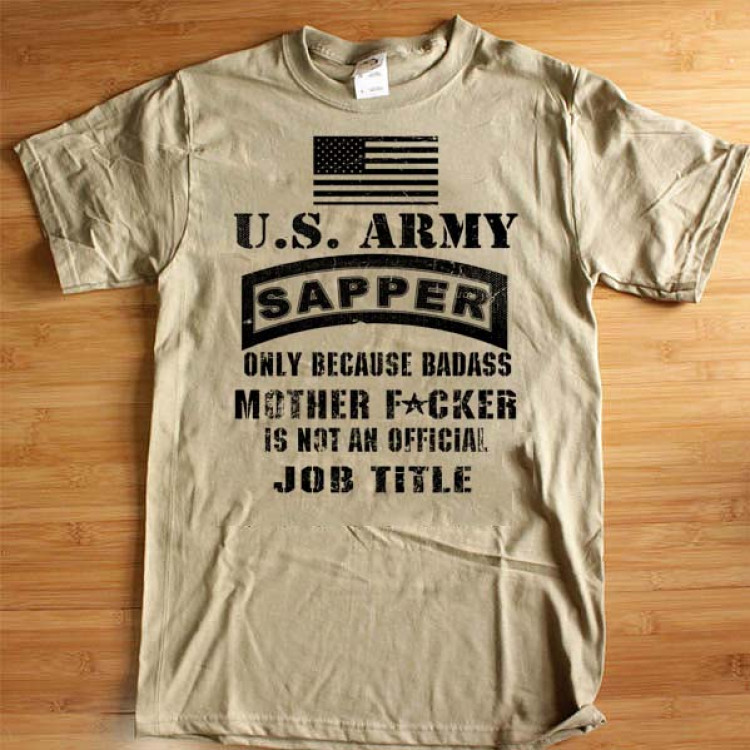 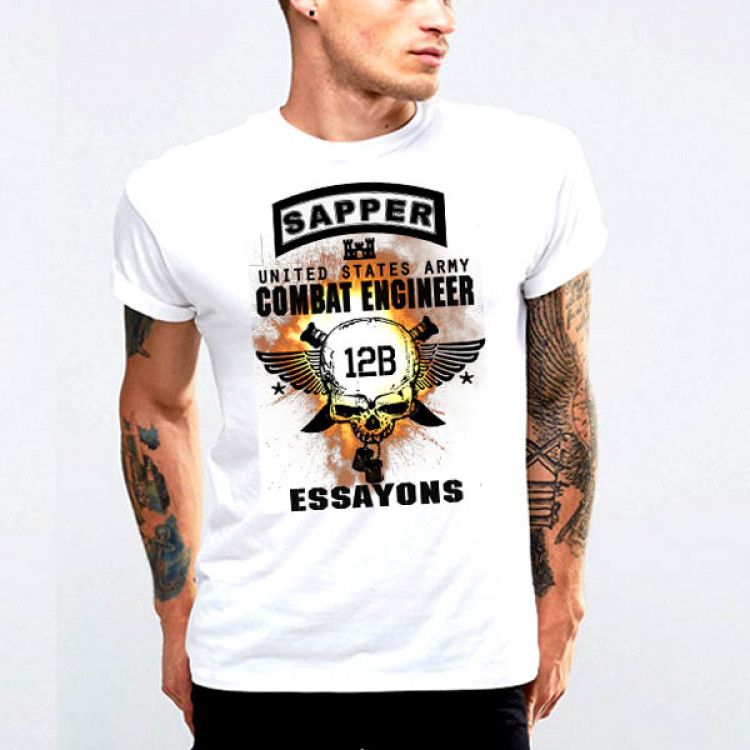 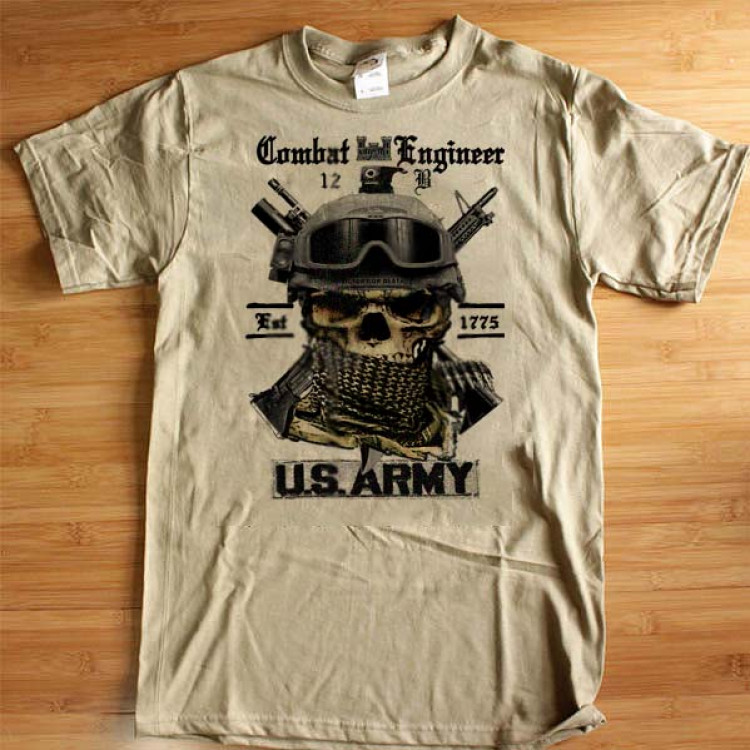 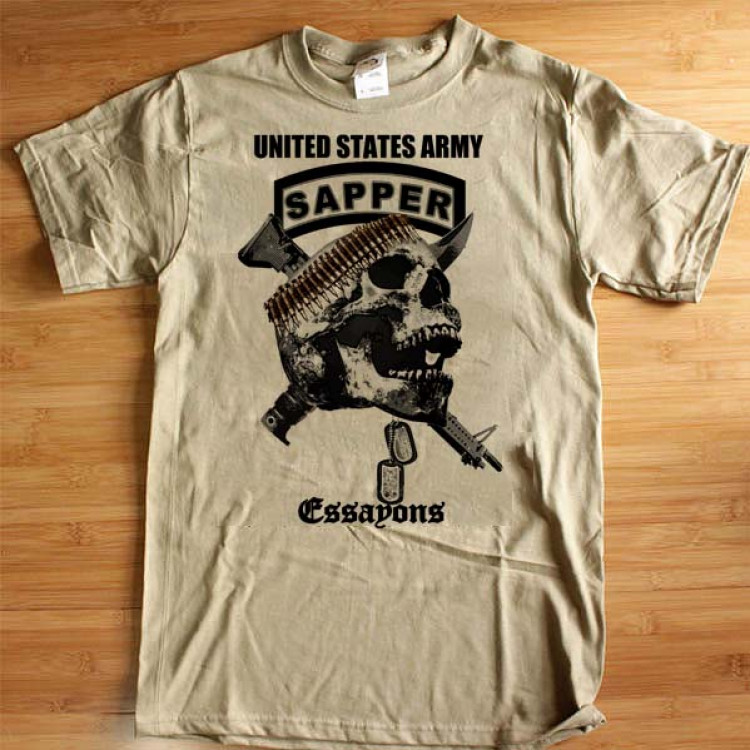 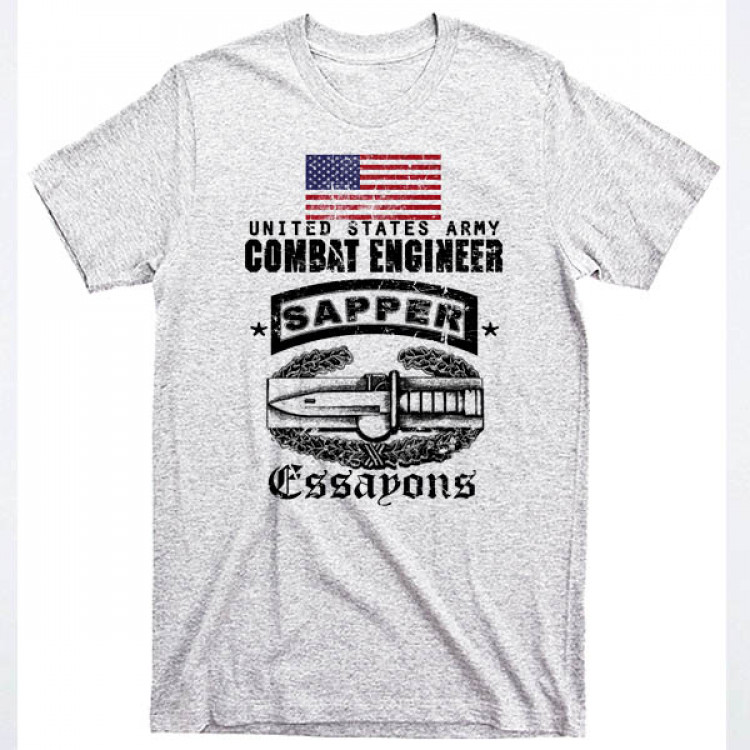 Sapper Badass Is Not A Job Title T-Shirt 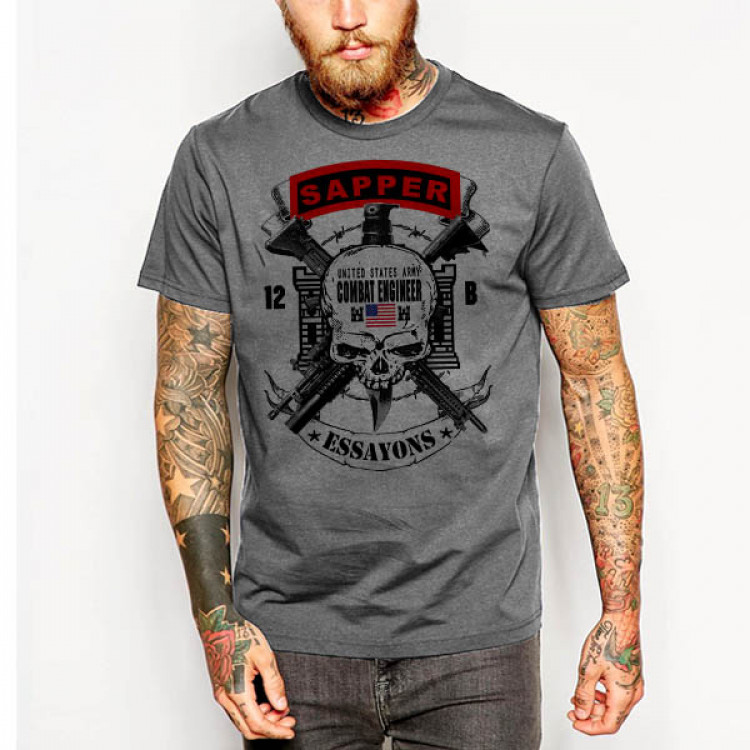 Shop our online store collection military Combat Engineer t-shirts tank tops and hoodies. We have a broad array of custom Sapper designs to choose from. Add some combat gear to you closet with our our special brand of military merchandise. Combat engineering is designed to support infantry missions. A sapper, also called pioneer or combat engineer, is a combatant or soldier who performs a variety of military engineering duties, such as breaching fortifications, demolitions, bridge-building, laying or clearing minefields, preparing field defenses, and road and airfield construction and repair. They are also trained to serve as infantry personnel in defensive and offensive operations. A sapper's duties are devoted to tasks involving facilitating movement, defense and survival of allied forces, and impeding those of enemies. The term "sapper" is used in the British Army and Commonwealth nations, the Polish Army and the U.S. military. The word "sapper" comes from the French word sapeur, itself being derived from the verb saper (to undermine, to dig under a wall or building to cause its collapse).