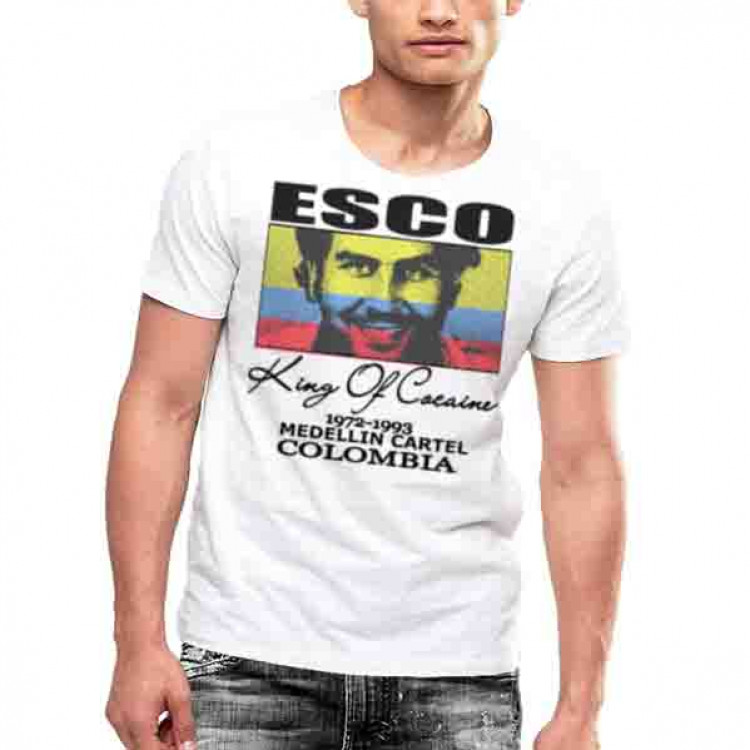 Pablo Escobar The King of Cocaine online graphic t-shirt store. Shop our large inventory of Medellin cartel's El Patron Del Mal kingpin tees. Add some swag to you closet with this notorious brand of fashion. Pablo Emilio Escobar Gaviria was a Colombian drug trafficker who eventually controlled over 80 percent of the cocaine shipped to the U.S., earning him the rank of one of Forbes Magazine’s 10 wealthiest people in the world. Escobar entered the cocaine trade in the early 1970s, collaborating with other criminals to form the Medellin Cartel. He earned popularity by sponsoring charity projects and soccer clubs, but later, terror campaigns that resulted in the murder of thousands turned public opinion against him. As the cocaine market flourished, Colombia’s geographical location proved to be its biggest asset. Situated at the northern tip of South America between the thriving coca cultivation epicenters of Peru and Bolivia, the country came to dominate the global cocaine trade with the United States, the biggest market for the drug, just a short trip to the north